I spent my 24th birthday cutting myself in my room, curled up in a corner as I rocked back and forth and hummed the tune to Teddy Bear’s Picnic. That marked the beginning of my twelve days on a psychiatric unit.

Generally I’m an open book and will write about all my experiences, but until now it’s been too difficult to even speak about. But, after an afternoon surrounded by Scousers celebrating humankind in all its forms at Pride, I’m feeling brave.

I have borderline personality disorder, and I’d stopped taking my anti depressant and anti psychotic medication. This was a regular occurrence. I would either feel frustrated because my emotions were dampened down, or think I was cured and no longer needed the pills. It seems so obvious, but at the time you absolutely believe these thoughts. I’d also just broken up with my boyfriend. 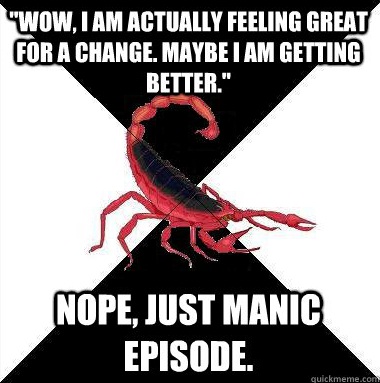 My friend Amy found me in my room, hiding under a black fringed cardigan. I wouldn’t let her turn on the light. She’d brought me a bag of birthday presents: ethically sourced earrings, a decorative heart-shaped rock printed with the words YOU ARE BEAUTIFUL, and a book about feminism in an attempt to educate me. She read the book aloud while I hid under the cardigan, whiling away the hours it took for the ambulance to arrive.

A night at the Royal was by far the worst night of my life.

We waited along a corridor with all the other ambulance intakes, me convinced everybody was thinking ‘she doesn’t look ill’.

After many hours I was seen by the mental health team. It was around 1am, and the tiny windowless room was packed with ladders and tins of paint. Amy stayed. My voice is high and childlike at the best of times and the mental health lady told me to stop talking like a little girl. It stank of paint fumes.

There were no beds available on the ward or at the psychiatric hospital, so I was left there all night. I became more and more hysterical in my exhaustion, hiding behind chairs because I felt like a monkey in a zoo as nurses peeped through the glass in the door periodically.

At 6am, they wheeled in an ambulance trolley for me to sleep on. I managed maybe an hour.

The day shift doctors photographed the room because they were so appalled I had been left in there.

Until midday, I didn’t do anything but cry my heart out. The ward was packed, loud, and claustrophobic. I became more and more desperate to just leave. They said I could leave soon, soon, and if I escaped the police would be after me.

Once a bed became available at the psychiatric unit in Walton, a doctor escorted me there in a taxi. I was upset the taxi driver would know I was crazy. I was terrified and had no idea what to expect.

Compared to the Royal, this was like entering an Oasis. Tip: if you’re going to lose the plot, don’t lose it on a Friday night.

I hadn’t showered or eaten for five days and still wore a party dress.

The fifteen rooms on the ward surrounded a pretty landscaped garden. My bedroom was lovely, with yellow walls and lilac bedding. It overlooked the car park and a big Sainsbury’s.

In these places, the doors have windows so nurses are able to keep an eye on you. The en-suite doesn’t have a door, so there’s a chance they might catch you on the toilet. The mirrors are made of plastic.

One by one, the staff came to introduce themselves. They all made an effort to remember my name.

By now I was exhausted and still hadn’t seen a doctor who could prescribe me medication. A nurse scanned me with a metal detector and I volunteered the scissors stashed in my knickers. She weighed me, took my blood pressure, and watched me pee before testing the urine for drugs. It was a deep dehydrated yellow.

My only possessions were my phone, keys and Amy’s rock, which I hadn’t let go of. They confiscated the key and rock in case I hurt myself.

I wouldn’t leave my room to eat, but the staff brought me a cheese sandwich and orange juice. Someone checked on me every fifteen minutes, twenty-four hours a day.

I concocted an elaborate lie for my parents, telling them I’d gone down South to visit a friend. I stopped answering texts and drew the curtains so I could curl into a ball and pretend the outside world didn’t exist. I just wanted to be alone, while also wanting someone to hold me and say it would all be alright.

The night staff were less friendly. In my exhaustion and paranoia I became aggressive, chucking things around the room. I hid in the doorless wardrobe so the night staff couldn’t spot me through the slatted window, and screamed that they were stalking me when asked what was wrong.

The bedroom light was switched on from outside every fifteen minutes so staff could watch me. One member of the night team was a lovely religious lady who said ‘God bless you’ and shone a torch through the glass instead. The other night staff  had no passion for their jobs and switched on the main light as if out of spite.

As it dawned on me that I wouldn’t be able to just walk out of here, I tried to break the grilled windows. I was told that I would have to be sectioned if I attempted to escape. Still no medication, because there would be no doctor on the ward until Monday.

With absolutely no distraction, I was becoming increasingly agitated. Late into the night I called my friend Kairi. I was inconsolable and have no idea what I said, but she was the only person I felt I could talk to and I will always be eternally grateful.

I still wouldn’t shower because I had no clothes to change into, and I didn’t want anyone watching me.

Realising I couldn’t be here alone, I also called my parents who promised to come first thing in the morning.

I was given something to curb my agitation. I was so tired from all the rocking. The suffocation-proof pillow felt hollow and inflated beneath my head.

The next morning, I heard the cries of a girl out in the corridor. She’d been locked out of her room for self harming. I ventured out and held her hand, both of us perched on the floor outside her door. I told her I was scared.

My parents brought books, the only thing that can distract me when I’m unwell. They brought a note pad so I could write, and my childhood soft toy. Mum cried and fed me fruit from Sainsbury’s.

I began to eat the cheese sandwiches and drink the orange juice the nurses brought, and one even donated her favourite book trilogy.

Over those two weeks my parents drove the four hour round trip from Anglesey every single day, bar one, despite my lashing out at them or barely reacting when they did come. Every day there were new magazines, books, snacks, pyjamas, even a dress. There were countless pairs of underwear because Mum is obsessed with buying knickers; my favourite pair were covered in little neon flamingos.

I still kept my curtain closed. My parents took me to the hospital cafe and I became agitated upon leaving the ward.

However, I began venturing out of my room to sit on the sunny window ledges overlooking the garden. I ate a cheese sandwich every day without fail. I read obsessively to occupy my mind.

Dad brought me a magazine for writers, which encouraged me to write non-stop. I have always been a comedy writer, and laughing at my situation was the only thing that kept me sane. I wrote a script about the characters I had encountered called The Good, the Bad and the Bonkers.

My mood began to stabilise. The nurses didn’t recognise me after a wash, wearing my new dress. I wrote incessantly. 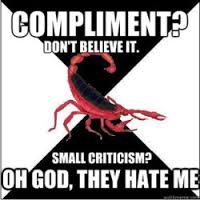 Marie* was in her sixties, and said she was getting married to a monk at the Wigwam cathedral that coming Saturday (I still didn’t twig). She showed me samples of the fabric which would make up the brown bridesmaid’s dresses. We organised a hen party, which was shut down by staff because we were supposedly making fun of her memory loss (I’ve always been gullible). We played pin the tail on the donkey anyway.

Sheree* was a teenager who wore nappies and carried a blanket and dummy. She was referred to as the piggy bank because she swallowed coins and batteries.

Mary* took a shine to me and would follow me wherever I went. Though patients weren’t allowed in each other’s rooms, at one point she insisted on tucking me into bed at 8pm. I humoured her; sixty seconds later she burst in, insisting I follow her to the cafeteria and also that I was going to die.

She once caught me picking the scabs on my arms and said, ‘Don’t do that, darlin’.

My Welsh neighbour Vicky* was feeling low because she was missing her little boy’s birthday. The Drugs Don’t Work by The Verve carried through the wall.

Rita* was a prostitute whose dad looked younger than she did. She was a known thief on the ward and had previously been caught with Vicky’s lipsticks falling out of her bra. I left my brick phone and belongings out to test her, but nothing moved. Nobody ever bothers stealing my phone but I preferred to pretend she liked me because I smiled at her.

Martha* had learning difficulties and cried hysterically all the time, to the point none of us could stand to be in the same room as her. She wanted to know when we’d first had sex. Shrieking with laughter, she announced that she’d been seven; an uncle, and three cousins. 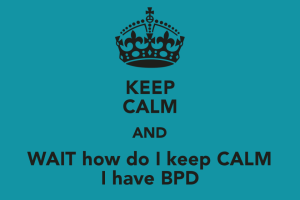 I met so many interesting people, and the staff were just fantastic despite the long shifts with too many patients, and too few nursers.  I was actually sad to leave and I am very grateful to everybody who cared for me.

I was apprehensive about leaving, and spent a fair while back in Wales with my parents. I felt guilty for worrying and hurting so many people.

Since then, I’ve been doing well. I’m taking my medication properly, and I eat well. I’ve started going back to the gym. Cheese sandwiches still comfort me. I’m going to be OK.