Having grown up nearby on the Isle of Anglesey, Llanberis is my absolute favourite place in the world. When I have mates from Liverpool visiting, I always bring them to here.

Situated at the foot of Mount Snowdon, Llanberis boasts the highest point in Wales (obvs). At any given time the summit is chokkers with tourists, where they’ll admire this cracking view: 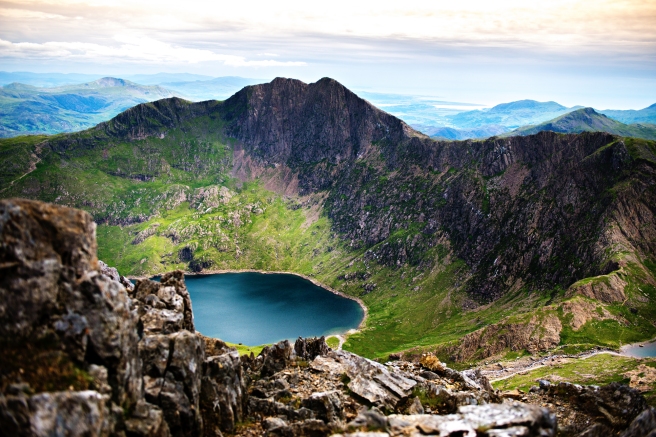 …unless it’s foggy and wet, in which case they’ll have wasted four hours.

You can catch a heritage steam train up for a hefty £37, and I’m not being funny, but it’s a bit of a cop-out unless you’re old or disabled. However there’s no guarantees you’ll nab a seat even if you’re old, as this elderly man found out when the train was too full of fat people.

Another little titbit: in 2011 a man was jailed for driving his 4×4 up the mountain in gale force winds not once, but twice.

This Tweet from back in August gave me a right chuckle as well, after a helicopter burst into flames on the summit:

Anyway, back to it.

I feel for all these tourists, because there’s so much more to Llanberis than a big rock. So, to make life easier for those of you visiting Wales, I’ve compiled a selection of my favourite and vaguely alternative things to do in Llanberis.

My boyfriend had never been to Llanberis, so our recent visit began at legendary greasy spoon Pete’s Eats. 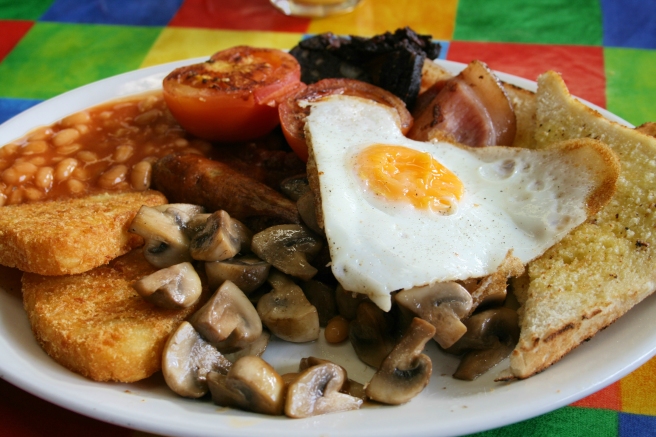 Pete’s is always packed full of travellers, all of whom look like they deserve a 2000 calorie breakfast. We, on the other hand, did not.

With our bellies full, it was time to do some exercise. Maybe.

Go on – show me an English high street with better views.

But first, we popped in to The Snowdon Honey Farm & Winery. It’s run by a lovely old Welsh couple who let us sample various alcoholic concoctions, fuelling us for our mission to the waterfall. 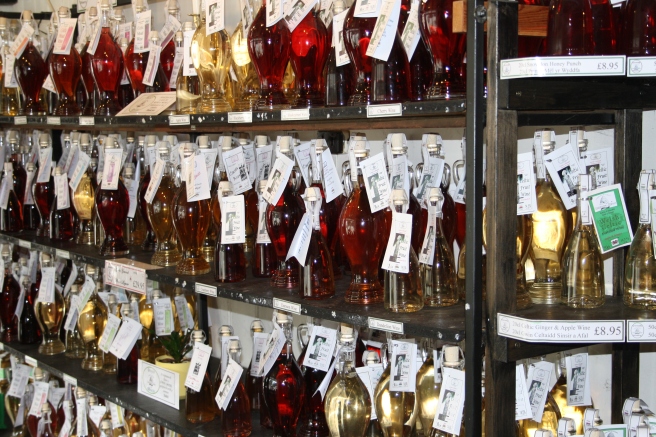 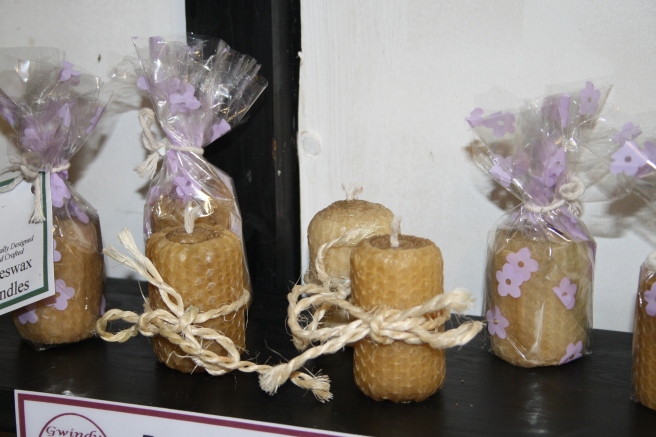 Having visited Llanberis countless times, I decided this was the day I would finally find the waterfall. I failed, again – even by following the ‘waterfall’ signs – and ended up walking along the train track instead (not advisable).

Down at the lake i.e. Llyn Padarn, you can hire a row boat for about 6 quid, or take the Llanberis Lake Railway around it. You can even get in the water for a kayaking lesson, among other water sports.

If you want to experience a mountain without having to actually climb one, you can take a bus deep inside the Electric Mountain, which my mum assures me is brilliant and cracking value at £8.50 per adult.

There are plenty of things to do for free in Llanberis, too, my favourite being feeding the ducks.

Walking to the other side of the lake you’ll pass my favourite spot, Dolbadarn Castle. I camped and got steaming drunk here last summer, and it’s the best place to watch the sunset from. 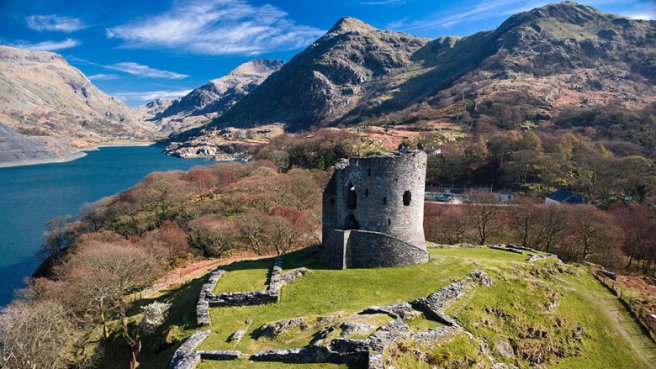 Once you’ve hit the other side of the lake, there’s a cluster of attractions to keep you occupied. The National Slate Museum is actually better than it sounds, whilst the Quarry Hospital Museum is also interesting, housing some of the original equipment from the 1800s (I like to play dead in the mortuary).

Another of my favourite spots is the Vivian Dive Centre, best visited at sunset when you have the entire hidden lake to yourself. The water is so blue it looks like a tropical lagoon. It’s worth noting that although anyone is free to enter, this lake is bloody deep so don’t be doing anything stupid like jumping in (although cliff diving is popular).

Right next to the dive centre is this spot: 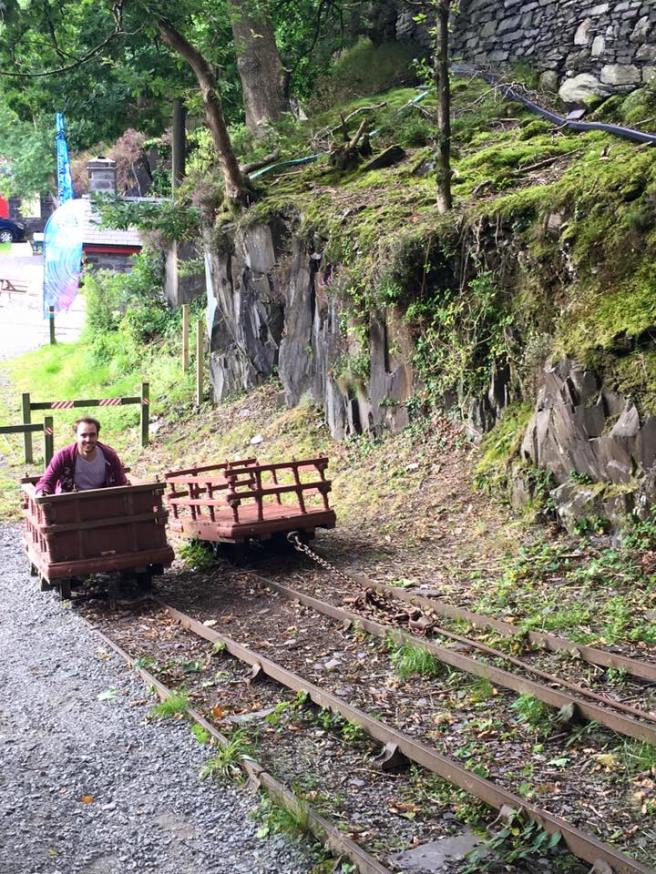 Climb right to the top of the tracks and you’ll find spectacular views from the Dinorwic Quarray and buildings and machinery from bygone days. 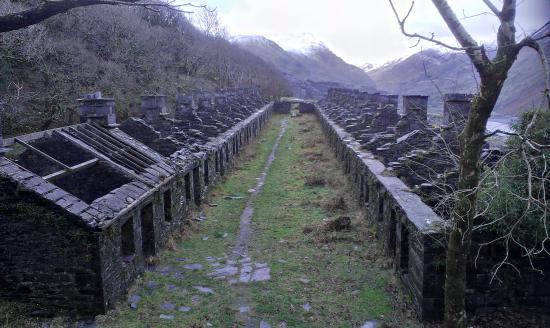 Though not to everyone’s taste, I’ve saved my favourite ’til last. Located up in another quarry on the outskirts of Llanberis, near the Siemens factory, is an abandoned WW2 bomb store. It took us three attempts to find the place, which involves crawling through fences and various downright dangerous misdemeanours. It’s one of my most beloved spots. 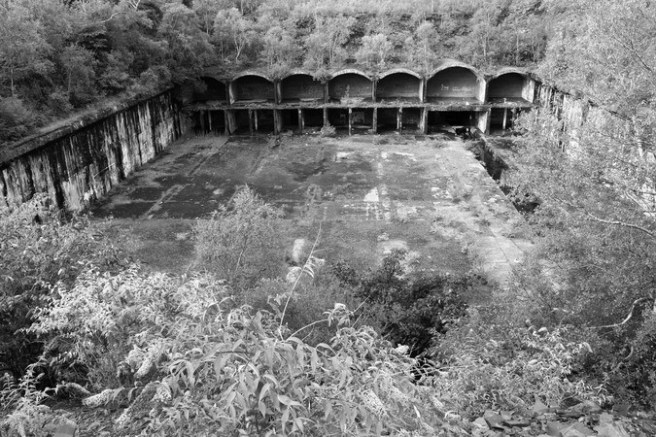 There are plenty of nooks and crannies to explore, including the interior, made possible be whoever keeps forcing the door open with an angle grinder (cheers). It isn’t for the faint-hearted: take torches, because you won’t see a hand in front of your face otherwise.

Of course, this adventure technically involves trespassing. However, local kids and urban explorers have been visiting for years. If you’d rather let someone else do the dirty work, you’ll find plenty of reports and photos here.

I would recommend staying a couple of days in Llanberis, maybe at the hostel above Pete’s Eats or The Heights bunkhouse, which is a great spot to chill with a beer after a long day.

The main thing I would say is to explore. Ignore all the advice I’ve just given you and do your own thing. Follow your nose, and you’ll find the lush picnicking spots Trip Advisor won’t tell you about.

What are your favourite things to do in Llanberis? Have I missed anything out? And most importantly, have you found the secret lake? Let me know in the comment section!

One thought on “The Vaguely Alternative List of Things to Do in Llanberis, Wales”