A couple of years ago, never would I have considered getting my kit off onstage or in front of a camera. I would literally rather make love to a cactus.

I’ve become somewhat desensitised to topless women over the past couple of years thanks to having them shoved in my face whether I like it or not.

I felt pretty having had my hair and makeup done professionally – that was, until my friend Rachael emerged after her makeover looking a right bird.

As an actress, Rachael knows how to rock the camera. I wasn’t nervous about getting my kit off, but I was bricking it about the actual posing. I HATE photos. I don’t do seductive or sensual, it’s either smiling or no photo. I was literally shaking with nerves despite the glass of fizz and the photographer had to help me fasten my suspender belt.

The shoot was less terrifying than I’d expected. The photographer told me exactly where to place each limb, so I slowly relaxed.

Going back to view the 40 or so photos a week later was nerve racking. What if I was the exception to the rule and they really couldn’t make me look attractive/thinner/etc etc?

Some were terrible. Of the 11 I chose, I still wasn’t keen on them all. But I blown away by these two in particular: 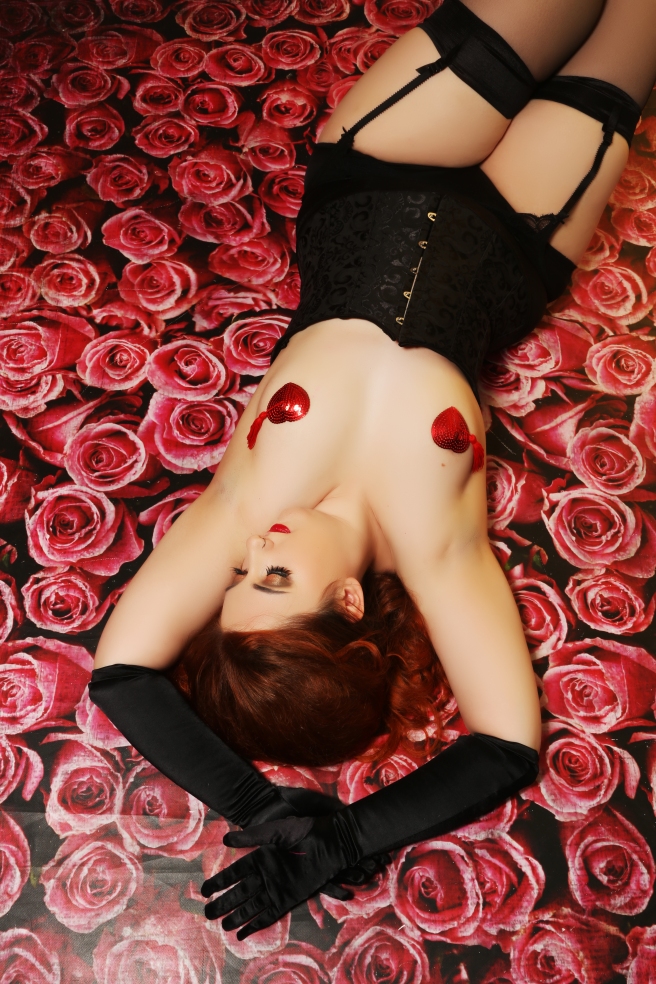 A few others were nice too, although they have a vague brothel vibe. 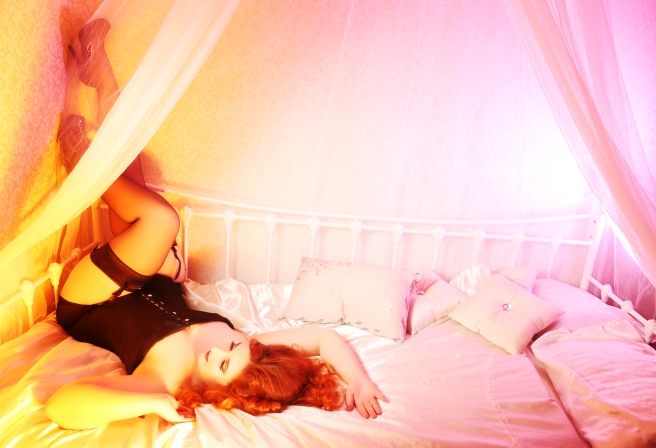 I was so, so excited to get home and post the photos onto Facebook. I never thought I could look so nice.

For the most part, comments were positive. It was a huge confidence boost hearing how lovely I looked.

But by the next morning, I was contemplating taking them all down because of messages like ‘I just wanna take those god damn tassels off your nipples and lick them crazy!!’

Maybe I was asking for it by posting them. Becoming interested in burlesque has made me very liberal towards bare skin, but despite that I’m actually a right prude and too polite to tell anyone they’ve offended me in case I hurt their feelings.

People can appreciate my photos, but that doesn’t mean they’re entitled to me.

An old (male) friend unintentionally upset me by asking what I got out of posting the photos online. Wouldn’t keeping them for myself have “fulfilled” my hobby?

I am personally not that interested in seeing them, therefore I’m not that arsed. You’re free to do as you please with your own Facebook. I appreciate that it’s part of what make you a more “free” spirit than most women… you seem to give the impression that you want other people to validate what you do, and am curious as to why.

Wasn’t it enough for me to know in my heart of hearts that I looked good? He was like a dog with a bone and I felt terrible about myself. Was everybody secretly calling me a slut? Or snickering about the airbrushing and how disappointing I looked in person?

After a pep talk from a friend, I decided: screw them. They weren’t there to see the 30 photos where I looked like a beached whale and wanted to die of shame.

I am proud of my photos. I did something that scared me and felt empowered. I am 24 years old and probably not going to look this good again, so why should I hide my body? Why are women – who make up 50% of the global population – made to feel like their bodies are something to be ashamed of?

Showing off my figure doesn’t mean that I’m promiscuous and welcome creepy comments. It means that I can celebrate myself despite my flaws, and the only thing I would go back and change is to put a smile on my face – because regardless of spots, stretchmarks or cellulite – everybody is beautiful with a smile.